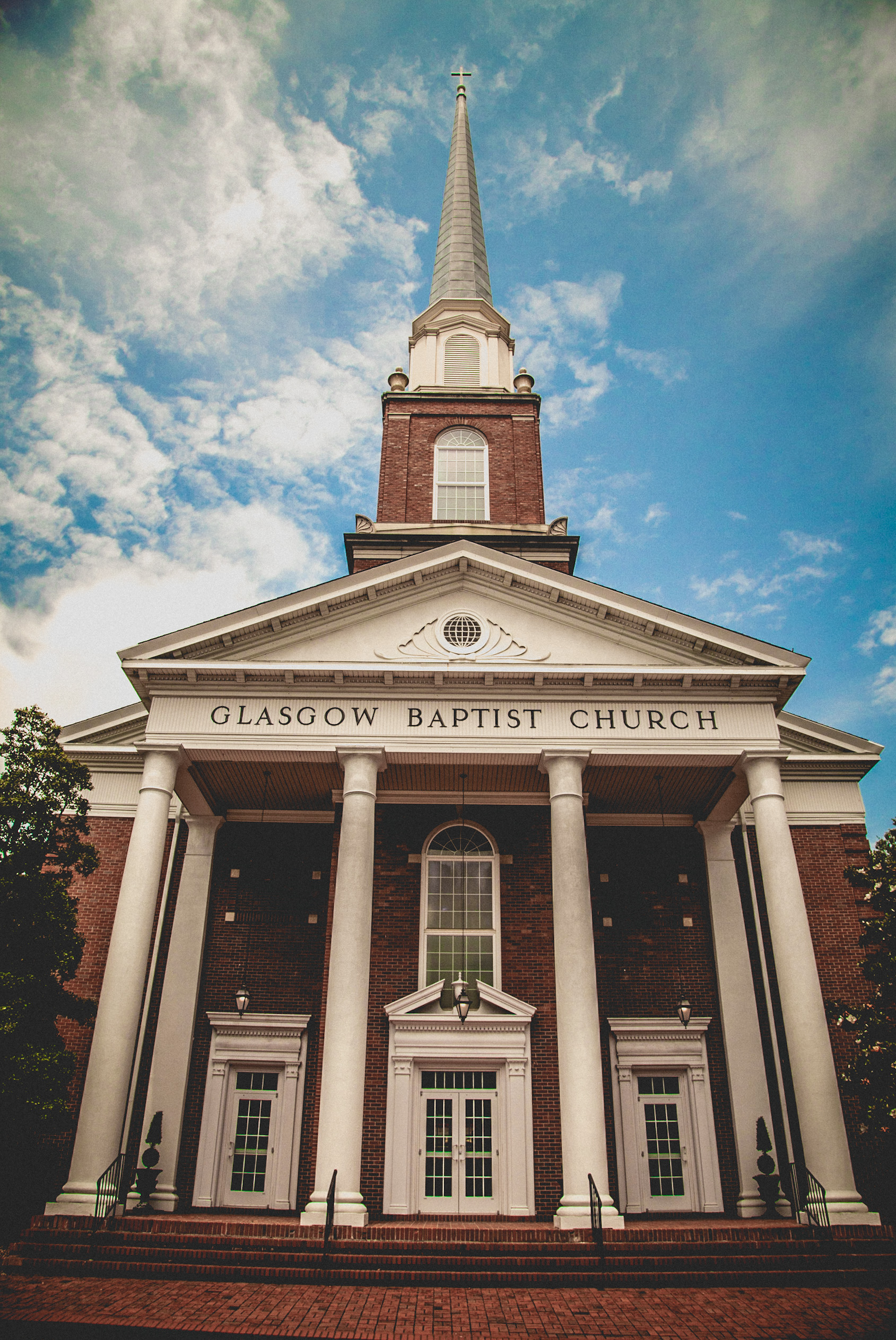 The story is told that the young daughter of Richard Garnett asked her father why there was no Baptist Church in Glasgow. She persisted that Glasgow needed a Baptist church! Her father saw her vision and the first services were held in their home until a church building could be built. The following quotation shows the beginning of Glasgow Baptist Church:

“The Baptists had no organized church in Glasgow until 1818, when they instituted an informal one.”

First church meeting recorded second Saturday in February, 1818. Rev. William Warder chosen Moderator and William Logan, clerk. At this meeting Elizabeth Gorin, Sally Bush, Susan Grinstead and Elizabeth Richardson were received by letters. Richard Garnett was set apart as a deacon in the church in addition to Wm. Logan. Second Saturday in April 1822 ... Rev. Peter Bainbridge was elected pastor, and at the same time W. T. Bush, Henry Crutcher, Richard Garnett and William Shirley were appointed to solicit subscriptions and to have built a house of public worship, as soon as a sufficient sum was obtained. Bainbridge continued pastor until October 2, 1825. Rev. Jacob Lock was then called to attend until the pulpit was otherwise supplied. Richard Garnett, William Logan, and George W. Trabue were appointed to hear him preach the first sermon May, 1826. J. W. Davis was chosen moderator January, 1829. In July, 1831, Thomas Scrivener. Rev. Jacob Lock made pastor September, 1832.

With these few words, Glasgow Baptist Church took its place in the history of Glasgow. The first members transferred their membership from Mount Tabor Baptist Church, the oldest Baptist Church in Barren County. The early membership included some of the most outstanding citizens of Barren County: Rev. Jacob Locke was such a beloved pastor that he was called “Father Locke”. William Logan was a greatly admired county clerk for many years. Richard Garnett was clerk of both the Circuit and County Clerk’s office. Ralph Petty and Cornelius Deweese went on to pastor many Baptist Churches in Barren and other counties. Elizabeth Gorin was the wife of John Gorin, upon whose land the town of Glasgow was built. The Hall’s, Trabue’s, Crutcher’s, Grinstead’s ... all Glasgow early citizens, businessmen, respected and with a heart for the Lord.

Now, almost two hundred years later, Glasgow Baptist Church continues to be a special place of worship and is thankful that a young girl asked her father “Why don’t we have a Baptist church in Glasgow?”